Skip to content
Season 1 He is a man of peace in a violent land. David Carradine stars as Kwai Chang Caine, schooled in the spirit-mind-body ways of the Shaolin priesthood by the blind, avuncular Master Po and the stern yet loving Master Kan. Caine speaks softly, but hits hard. He lives humbly, yet knows great contentment. Wanderer. Warrior. Priest. He is the Old West’s most unusual hero. Season 2 The adventure continues for Kwai Chang Caine, a Shaolin priest trained in ancient Chinese wisdom and warfare and following his path in the American West. Still searching for his half-brother Danny, a bounty hanging over his head, Caine remains calm and resourceful. Season Two also features guest stars including Harrison Ford, Don Johnson, Slim Pickens, Tina Louise, John Carradine and more.   Season 3
All journeys come to an end. He has crossed high mountains and traversed miles of desert, finding work here and there before resuming his trek. He’s faced lynch mobs and eluded bounty hunters out for the $10,000 price on his head. But now, Kwai Chang Caine’s relentless search for his half-brother Danny comes to a close. At last, he finds him. But when he does, Danny intends to kill him!
.

10 Facts about the show

Kung Fu would have a profound influence on director Quentin Tarantino, who mined several elements of the 1970s TV series for his martial-arts epic Kill Bill. For starters, Bill himself was played by Kung Fu star David Carradine, sporting the same look (and flute) as his iconic wanderer Kwai Chang Caine. Kill Bill’s master Pai Mei also brought to mind Caine’s trainer, Master Po. We could go on. Yet Kung Fu had far sweeping influence. Kicking off in 1972, it was one of the first major martial arts hits in American pop culture. It helped that the series was largely a Western, set in the Old West of the middle 19th century. Today, martial arts are popular again on the small screen. Let’s take a look back at the original sensation. 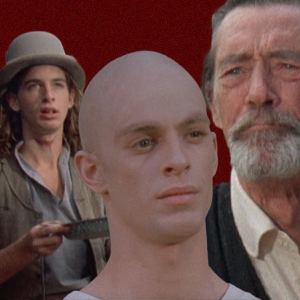 David worked alongside much of his family. His younger brother, Keith, appeared in flashbacks as a younger, bald Caine, while youngest brother, Robert (Revenge of the Nerds), popped up in an episode as “Sonny Jim.” Father John Carradine had a recurring role as Rev. Serenity Johnson.

2. The Shaolin Temple set was recycled from a famous movie musical. 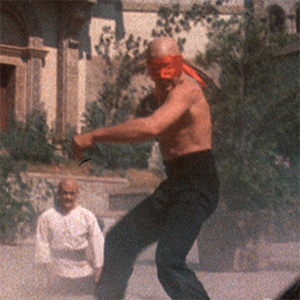 A little redressing converted King Arthur’s home into a mystical martial arts training center. For the Chinese temple, the production used the castle set from 1967’s Camelot, the cinematic adaptation of the classic Lerner and Loewe musical. 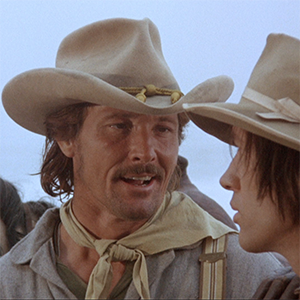 Tough-guy Smith made a name for himself in numerous biker flicks. No actor was better suited for a rough bar brawl. According to the book Tales from the Cult Film Trenches, Smith filmed an eight-minute test pilot for Kung Fu, in which he played Caine, unfortunately wearing prosthetic makeup around his eyes to make him appear Asiatic. The network reportedly wanted Smith for the role, however creator-producer Jerry Thorpe found the actor to be too burly and menacing. He did appear in one episode, “The Chalice,” in which he fights Caine with a chain. Later, Smith became the final “Marlboro Man” in advertisements. 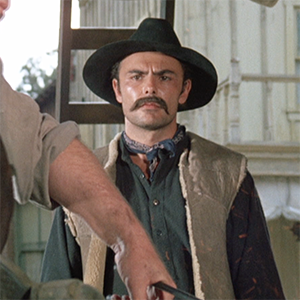 Another actor reportedly considered for the lead role was John Saxon, who is best known as Roper in legendary Enter the Dragon. Coincidentally, William Smith was offered the role of Roper in that martial arts masterpiece, according to Tales from the Cult Film Trenches. 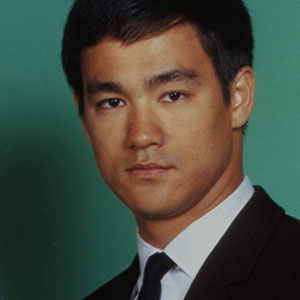 Speaking of Enter the Dragon, it is impossible to talk Kung Fu without discussing Bruce Lee. There is some controversy around the icon’s role in the genesis of the series. The Lee family has claimed the series was taken from an idea of Lee’s, The Warrior. This scenario is depicted in the 1993 biopic Dragon: The Bruce Lee Story. However, Herbie J. Pilato, author of The Kung Fu Book of Caine, avows, “Ed Spielman is the creator of the Kung Fu series. Any claims to the contrary are incorrect, and an injustice.” Spielman even considered legal action. The network purportedly felt Lee’s English skills were too lacking at the time for role. Of course, as he proved on The Green Hornet, no actor was better suited for the role. Duh. He’s Bruce Lee. 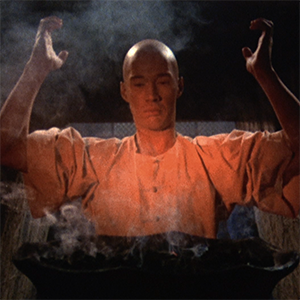 Carradine was cast for his skills as a dancer. However, during the course of production, the actor became a devoted student of martial arts. After beginning his studies in the early ’70s, Carradine practiced tai chi and kung fu until his death.

7. Carradine never cut his hair until the end of the series. 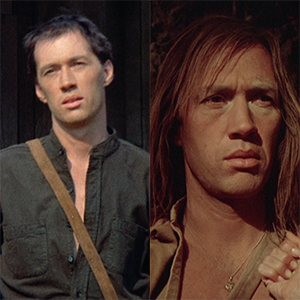 Carradine begins Kung Fu with short hair, which continues to grow to Kevin Sorbo length throughout the series. (Of course, he has a shaved head in the flashback scenes.) Thus, you can roughly discern which point in the series you are watching by his locks. Late in the third and final season, he shaved his head again.

8. Beloved heroes of ‘Star Wars’ and ‘Star Trek’ appeared on the show. 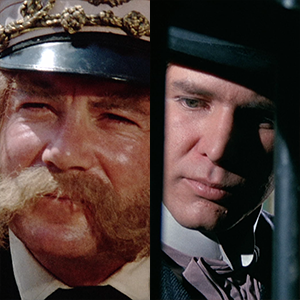 Yes, that is William Shatner, appearing as a shaggy ol’ sea captain (wonderfully named Brandywine Gage) in “A Small Beheading.” Harrison Ford can be seen in the season two episode “Crossties.”

9. The show was ended due to injuries 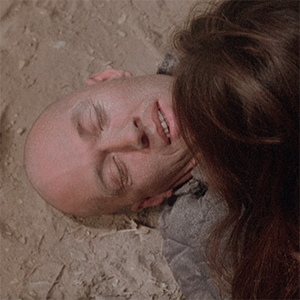 The show had solid ratings throughout its run. However, Carradine felt he had sustained too many injuries on the show and could not go on. Thus, Kung Fu ended after three years. 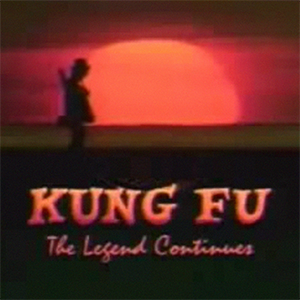